On Sunday evening, the “Tai Chi hay” cut on the weekend course was rowed up to hold it safe over the forecast drizzly days. Monday was damp as expected and Tuesday was even wetter. 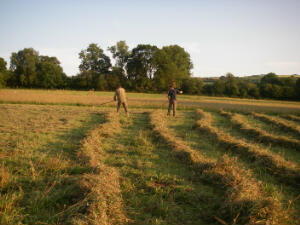 On Wednesday, Phil spread the hay to dry it as much as possible with the help of our volunteer. Rain was forecast for Thursday afternoon and the aim was to have the lot racked before then. We rowed back up Wednesday evening, aiming to keep the surface area exposed to dew as small as possible and so that it was ready for the racking mission the next day. 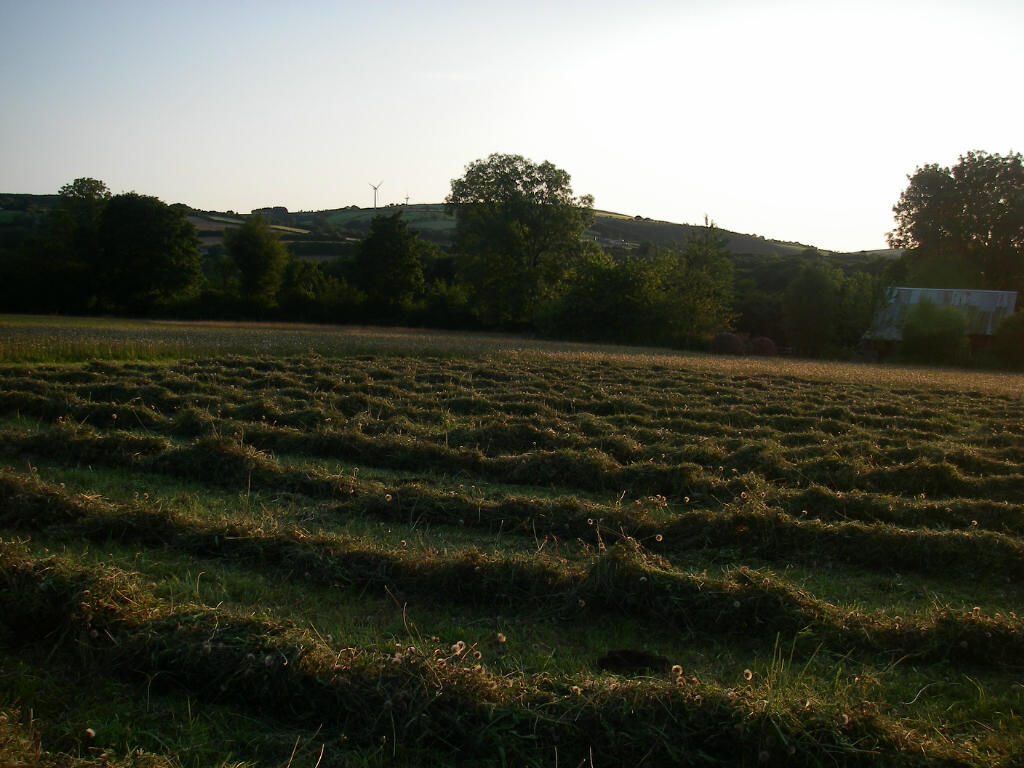 We also bought in the last bit of hay from Mari Jones that had been cut on the Introductory Scythe Course on 4th July. This had not been quite ready to cart before the damp weather. It had held very well on the field in a series of haycocks. We have been using haycocks much more this year as a way to temporarily hold hay that is too dry to rack well but needs more protection then that offered by rows when damp weather threatens. 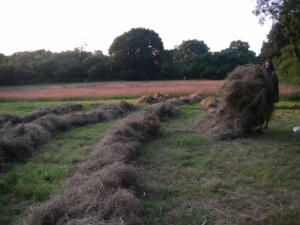 Bringing in hay from Mari Jones

Thursday started sunny and dry, but we knew change was on the way. So as soon as the dew was off the grass we were out building hayracks. We finished off the last two after lunch, just as the drizzle started blowing in.

Building racks from the Tai Chi hay as the weather changes 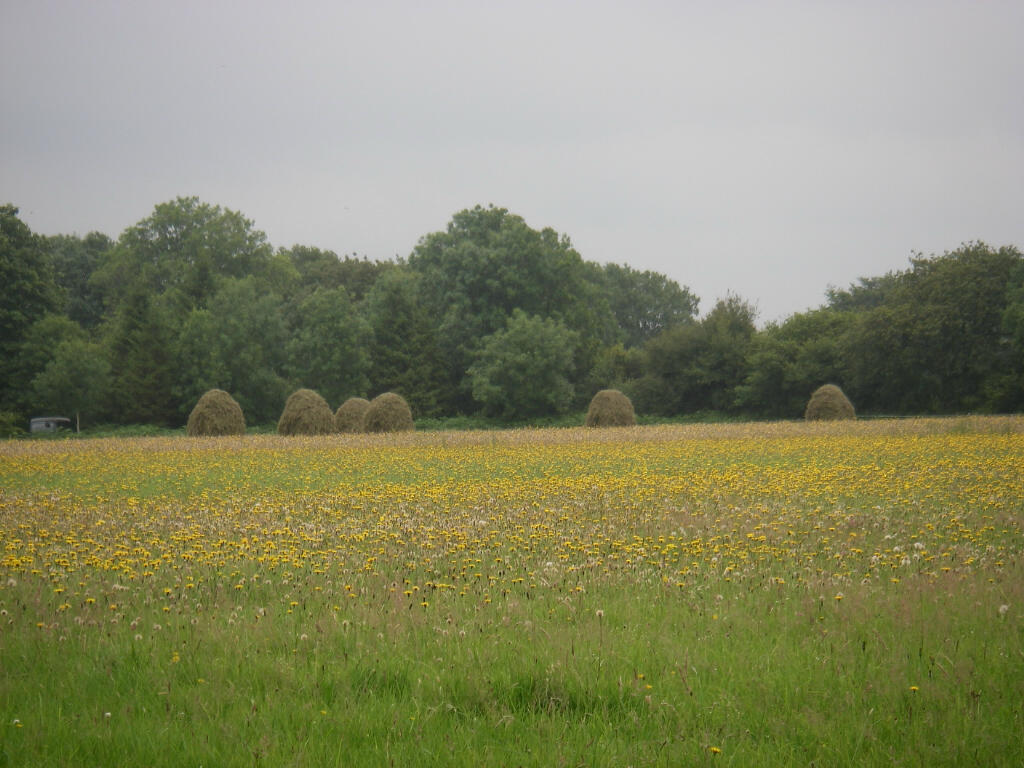 Hay racks in the drizzle. The foreground is an area re-flowering that were mown in May / June 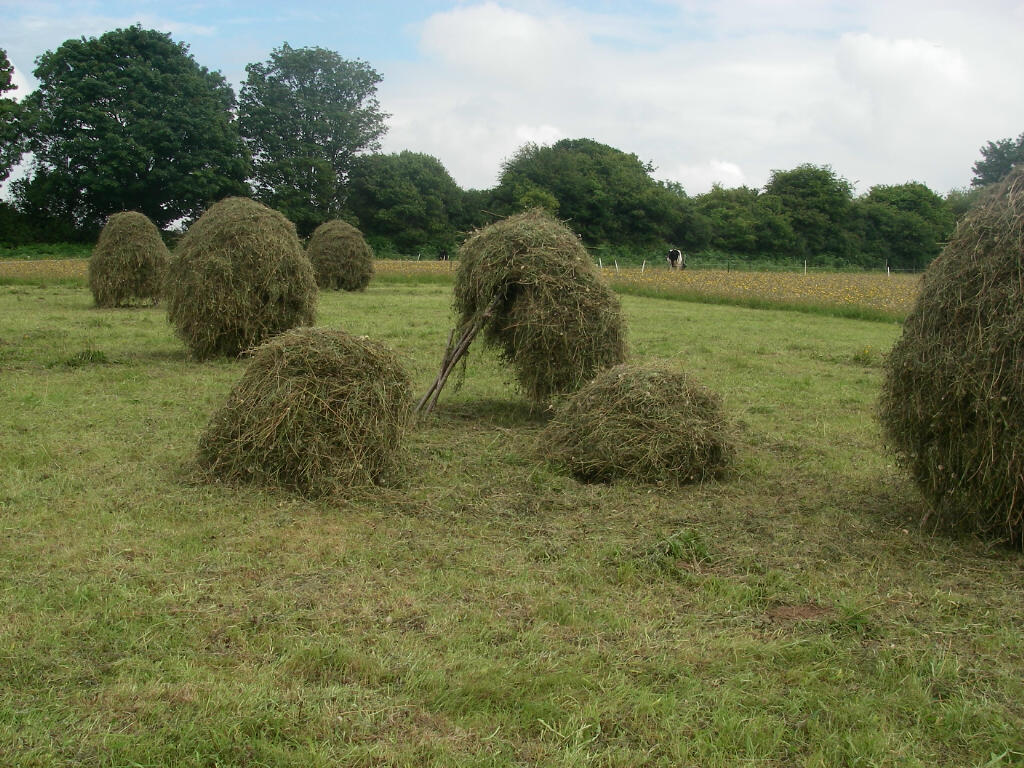 This rack broke, the spilled hay was made into two haycocks

Phil started mowing on Mari Jones on Thursday and mowed again this morning. The freshly mown grass held fine through Thursday’s drizzle in windrows. Today this grass has been spread to start drying and will probably be up on racks tomorrow ahead of our long day out at the Gardeners Question Time Summer Garden Party on Sunday then the forecast wet weather on Monday. 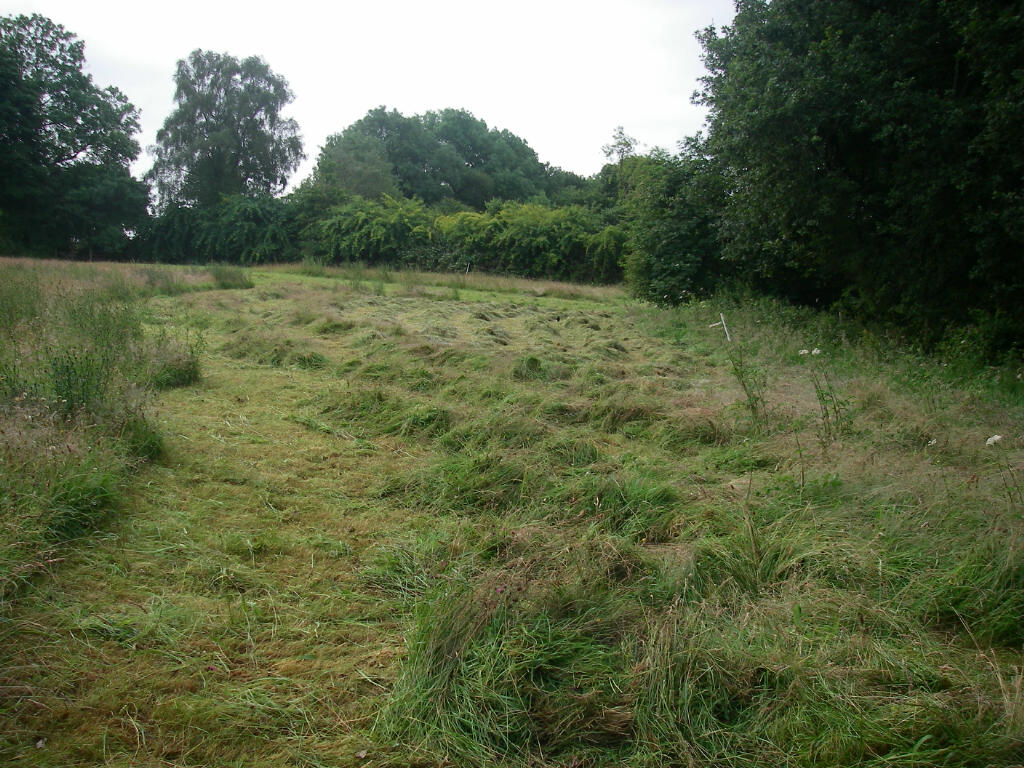 Windrows on Mari Jones. Much grassier then the Top Field!